The pandemic market rolls on 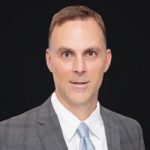 Our second year with COVID-19 has come to an end, and with that, we close the books on another year of strong gains for most risk assets. That result is thanks in part due to the liquidity picture – roughly $24.5 trillion on the collective balance sheet of the G4 central banks1 – which has continued to provide an advantageous backdrop for capital markets. And while the U.S. Federal Reserve has announced its intentions to quicken the pace of its tapering efforts, less bond buying is still bond buying; it is still stimulative. The liquidity picture remains a positive for asset prices, and while that won’t change quickly, the bathtub stopper has been pulled. Fed funds futures are fully pricing in three rate hikes in the coming year, and there is currently a 76% chance that there could be four hikes, totaling 100 basis points.2

As for the economy, we enter 2022 with a robust job market. Through November, the U.S. added 6.1 million jobs during the year, the largest increase on record. Further, the unemployment rate stands at 4.2%, initial jobless claims recently hit a low not seen since 1969, and the number of job openings has eclipsed 11 million, which equates to about 1.5 job openings for each unemployed individual. Oh, and let’s not forget, 4.5 million people quit their jobs in November!3 If there is a more emphatic sign that workers are confident about their job prospects, I don’t know what that would be.

Overall economic growth has been solid as well, and while U.S. Real GDP (Gross Domestic Product) is expected to advance at a more modest pace next year, i.e., 3.9% vs. 5.6% estimated for 20214, if expectations are met, that would still be well above average since the Great Financial Crisis. Beyond 2022 however, the growth picture appears as if it will settle back into its pre-pandemic growth mode. That return to slow growth can be traced to, among other things, the fact that the U.S. population just grew at its slowest rate since our country’s founding, a mere 0.1%, according to the Census Bureau. Just 393,000 people were added to our total population in the year ending in July.

What happened in the markets in the fourth quarter?

While REITs were the star of the quarter, returning 16.3%, the S&P 500® also turned in a solid performance, advancing by 11.0%. More importantly, or perhaps more impressively, the S&P capped its best three-year stretch since 1999, posting a cumulative return of just over 100%. The other equity categories that we model were not nearly as fortunate over the past three months, let alone the past three years. Small caps printed a respectable return of 5.6%, but still trailed their large cap brethren by a large margin, and outside of the U.S., the quarter wasn’t particularly kind to equities. The MSCI EAFE index only returned 2.7% in dollar terms, international small caps eked out a 7-basis point gain, and emerging markets lost 1.3% for the quarter.

As we begin a new year, the question of S&P 500 dominance looms large. The love of U.S. large cap stocks has pushed and kept valuations at or near all-time highs for quite some time. According to research from Goldman Sachs, as of the beginning of October seven of nine valuation measures for U.S. large cap stocks were in the 93rd or higher percentile relative to history. That may not mean much for the near-term prospects of large caps, but it suggests that it just might be time for other parts of the global equity market to have their day in the sun.

The yield on the 10-year Treasury didn’t move a basis point from the close at the end of September through the end of December—it began and finished at 1.52%. Often the road to nowhere is more interesting than the destination, but not so much during the fourth quarter. Bonds as a group were up a single basis point. Modest losses were suffered across non-U.S. treasuries, emerging market debt (local and hard currency), mortgage backeds, asset backeds, and the lower tiers of the high yield market. Modest gains were had by investment grade corporates, leveraged loans, high yield debt and municipal bonds. The standouts for the quarter, oddly enough, were long-term Treasuries (+3.5%) and TIPs (+2.4%), seemingly indicating that investors can’t make up their collective mind about inflation.

While commodities as a group were off by 1.6%, industrial metals largely rewarded investors. Zinc, nickel, tin, and lead futures all advanced by double digits, and copper came close (+9.4%). On the other end of the spectrum, natural gas futures plummeted by almost 40% thanks in part to warmer than normal temperatures across the U.S., and yet for the year still managed to finish with a gain of 29%.

How are Frontier Strategies positioned?

At the beginning of December, our asset allocation models reflected modest and essentially immaterial changes from the prior month, and as such, no trading activity occurred within our non-taxable globally diversified strategies. However, within our taxable models, we did complete a number of trades to realign the strategies with their target allocations, and at the same time, either realize losses where possible, or avoid distributions, if doing so had a net positive effect from a tax standpoint.

As for our risk exposures, we began the month and ended the year with the same relative positioning that we’ve maintained for an extended period. While our largest equity allocations have been to U.S. large caps, and secondarily, to international developed large caps, our over and under weightings measured against our long-term allocations reflected a preference for small caps both here and abroad, and to emerging market equities. Within the bond complex, we remain overweight to long-term Treasuries across most of our strategies and underweight to high yield bonds. We’ve also maintained overweight positions to managed futures and underweight exposure to the absolute return category.

Given the relative outperformance of REITs and the S&P 500 during the quarter, along with a negative absolute return to emerging market equities, our equity positioning generally detracted from performance for the quarter. Our strategies did benefit from being underweight commodities, which posted a negative return, as well as from our bond positioning. While the bond market, as represented by the Bloomberg U.S. Aggregate Bond Index, was essentially flat at +1 basis point for the quarter, long-term Treasuries were the best performing fixed income sector, which gave our strategies a boost.

Real GDP measures a country’s economic output adjusted for the impact of inflation.

© Morningstar 2022. All rights reserved. Use of this content requires expert knowledge. It is to be used by specialist institutions only. The information contained herein: (1) is proprietary to Morningstar and/or its content providers; (2) may not be copied, adapted or distributed; and (3) is not warranted to be accurate, complete or timely. Neither Morningstar nor its content providers are responsible for any damages or losses arising from any use of this information, except where such damages or losses cannot be limited or excluded by law in your jurisdiction. Past financial performance is no guarantee of future results.