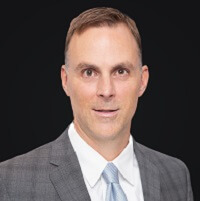 Mark Twain once said, “It is strange the way the ignorant and inexperienced so often and so undeservedly succeed when the informed and the experienced fail. All you need in this life is ignorance and confidence, and then success is sure.” Kind of makes me wonder if he was somehow looking into the future and observing what is happening with meme stocks, cryptocurrencies, and retail stock favorites in general. The ignorant and inexperienced are indeed exuding confidence – and winning the day in many cases. Does that make me sound bitter? It should.

But confidence is not just a retail phenomenon at present. Confidence is a cheap commodity, period (the only commodity that is cheap for that matter). The Conference Board recently reported that CEOs have never felt better about the future. KKR penned that analysts have never projected that as many companies would improve margins as are assumed in 2022 (86% of S&P companies that is, building on top of likely all-time high margins in Q1, according to S&P). And short interest for the typical stock is extremely low, matching the level hit in 2000, according to Goldman Sachs. Confidence overfloweth.

While consumer confidence hasn’t hit new highs, the consumer is feeling just fine thank you. And why not? Personal income, while well off the highs, is still elevated above pre-crisis levels, and personal savings remains impressive at about 15% of disposable income. Add to that the fact that consumer spending is back in line with the pre-Covid trend, and I think we can safely say that the idea that you can’t have your cake and eat it too is patently false. Oh, we have cake, yes we do, and we are gorging on it.

What happened in the markets in May?

May was just another ho hum month for equities, with the MSCI All Country World Index advancing by about 1.6%, taking it to almost 11% year-to-date. There was meaningful differentiation in terms of what worked however, with the Russell 2000 Growth Index falling by almost 3%, while international stocks – aided by a falling dollar – were up about 3.3% (MSCI EAFE Index), small value stocks returned 3.1% (Russell 2000 Value) and the MSCI Emerging Markets Index gained 2.3%. Incidentally, the positive return for the Russell 2000 Index was the eighth straight monthly gain, a feat which hasn’t been repeated since 1995.

Returning to the confidence (or ignorance) theme, according to Goldman Sachs, share buyback authorizations through April approached $500 billion, which was the highest reading in the data provided going back to 2000. It’s likely the largest number we’ve ever seen. Corporate America is buying, or at least preparing to buy back huge amounts of stock with valuations near or at all-time highs. Kind of makes you question the decision making of corporate finance types and suggests they don’t see growth opportunities worth redeploying retained earnings into. Instead, they’re throwing up their hands and bowing at the altar of shareholder value, which makes everyone happy in the short run. Although, to be fair, equity issuance as a percentage of GDP (Gross Domestic Product) is also at an all-time high, so at least some companies are taking advantage of sky-high valuations. The net issuers would seem to be the ones falling into the “informed and experienced” camp, and perhaps “failing” as a result, again, at least in the short run.

The Bloomberg Barclays U.S. Aggregate Corporate OAS (Option-Adjusted Spread) recently hit 0.84%, marking the tightest spreads since 2007. Bond managers have been saying for some time that yes, yields are low on investment grade and high yield debt but look at those spreads! We’ll see how that story evolves, but at least for the month of May, attractive and narrowing spreads helped investment grade corporates gain 0.8%, and pushed high yield bonds to advance by 0.3%. But the “real” money was made in TIPs this month, as the Bloomberg Barclays U.S. Treasury TIPs Index returned 1.2% on investor anxiety over inflation. Seemingly contradictory to the former, duration paid off as well, since nominal rates held steady at the upper end of the curve, and long-term Treasuries were up by about 50 basis points. Mortgage-backed securities were the only losers, printing a return of -0.2% (Bloomberg Barclays U.S. Mortgage-Backed Securities Index).

For the second straight month, the asset mixes that guide our strategies increased their target allocations to U.S. large-cap equities and high-quality bonds by reducing allocations to TIPs and T-Bills, although the magnitude of the changes were nominal this go around. Relative to our long-term allocations, we are underweight REITs, high-yield bonds, absolute return and U.S. large caps, and we are overweight long-term Treasuries, managed futures and U.S. small caps. While our risk models aren’t spitting out particularly troubling readings, we remain slightly conservative across all of our globally diversified strategies compared to what we expect positioning to be over the long run.

For the month, all our Globally Diversified Strategies generated positive returns, before advisory fees, that largely scaled with their risk exposures. However, as has been the case for an extended period due to risk limits, our equity positioning was below long-term targets, and thus held back relative performance. Considering the various tilts we have in the portfolios, generally speaking, the overweights to managed futures, emerging markets and to small caps were helpful for the month, especially since we target quality focused managers for small caps and there was a major gap between the lower quality Russell 2000 (+0.2%) and the higher quality S&P 600 (+2.1%). But our underweight to large cap stocks was a bit of a headwind, and the underweight to REITs detracted from performance. On the fixed income side, our exposure to duration was beneficial, as long-term Treasuries outperformed the broad bond market, and our underweight to high yield was largely immaterial to relative performance.

The Charts of the Week: Why managed futures? Why now?

EP5: Why Would Anyone Index Corporate Bonds (Guest: Carl Kaufman)