Mouth-watering returns? You may want to temper your enthusiasm 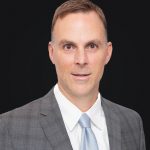 It’s been roughly one year since the market bottomed on March 23, 2020, and oh, what a year it’s been. Investors may want to frame their first quarter statements because the 1-year returns ending in March could very well be the best absolute returns they’ll ever see over such a short period of time. Of course, the endpoint sensitivity of this moment, however ephemeral it may be, is going to cause a lot of heartburn, as the optics will likely put emotion in the driver’s seat and place logic in the trunk. With perfect foresight, investors could have made approximately 120% in micro-cap stocks, 103% in MLPs (Master Limited Partnership), 97% in small cap value names, or – on a relative basis – a rather prosaic return of about 56% in the S&P 500® over the past year. If only we could buy those historical returns! But alas, we buy (or should I say borrow?) them from the future.

What happened in the markets?

Whether this is “The Great Rotation” or just a rotation, the quarter concluded with a continuation of the first couple of months of the year. In March:

Without much in the way of earnings news to digest during the month of March, investors focused their attention on inflationary indicators and the Fed. There is currently a sizable disconnect between the Fed’s statements about when they will raise rates and the market-based probability of an increase next year. Only four FOMC (Federal Open Markets Committee) participants think they’ll raise in 2022, while seven say they’ll do it in 2023. Mr. Market, however, is putting the odds of the Fed blinking in 2022 at close to 80%. Inflationary pressures are no doubt mounting, as input costs, transportation costs, and wages for ever harder to find qualified labor are all rising. At the same time, supply chain bottlenecks – including a minor reckless driving incident in the Suez Canal – and pent-up consumer demand all seem to point to higher near-term inflation. But looking at the inflation breakeven rates (“IBRs”) suggests that the market believes any inflationary spikes will be confined to the next couple of years, as according to FRED (Federal Reserve Economic Data), the 5-year IBR at the end of March was 2.5%, while the 5-year, 5-year forward IBR stood at 2.2%.

All the hand wringing about inflation did take a toll on the bond market, which could be forgiven for getting caught gazing out the window, reminiscing about its glory days. U.S. investment grade bonds fell by nearly 1.3% for the month, capping its worst quarter in decades. Duration was again penalized, with long-term Treasuries getting thumped by about 5%, while credit risk paid off slightly in junk at around +0.2%. However, not in the investment-grade sector, where interest rate sensitivity is more pronounced, and corporates fell by approximately 1.7%. The yield on the 10-year Treasury increased by 30 basis points, ending the month at 1.74%.

It was a quiet month in terms of trading activity. In fact, the only trades that we placed were to harvest losses from Treasury positions in certain taxable strategies. As such, our risk exposures were static for the month, and we remain generally underweight REITs, commodities, and absolute return, and overweight to Long-term Treasuries, TIPs, and managed futures. Specific to our more conservative strategies, we are also overweight T-Bills. Our positioning on equities remained slightly south of neutral, with a preference for U.S. small caps and emerging markets.

Our more aggressive strategies all turned in solid absolute returns for the month but were marginally behind relative benchmarks, while our conservatively oriented strategies danced around zero. Equity positioning as a whole was a slight headwind to performance, as our small cap tilts in the U.S. and abroad, along with emerging market exposure, underperformed U.S. large caps, where we are moderately underweight. An overweight to managed futures and an underweight to commodities was beneficial. Simultaneously, long-term government bond exposure continued to weigh on results, even as our total exposure to the asset class has come down meaningfully from last year. But since we at Frontier are committed to seeking the best risk-adjusted results that we can for our clients, as opposed to just accepting the risk of the moment, we believe the need for broad diversification with a limited toolbox for hedging equity risk requires some fixed income duration exposure.

With yet another month of positive returns to risk assets, our long-term return expectations for most equity classes declined – most notably for U.S. large caps.  Emerging markets were the one equity class that experienced modest improvement and tops the return expectation chart. As for fixed income, the glass-half-full perspective of rising rates is better expected outcomes. But with high quality and high yield bonds offering low expected returns, there isn’t, according to our estimates, much to celebrate at present. Investors eyeing the mouth-watering returns of the past year would be wise to temper their enthusiasm as they look to the future.