The Fed concluded its virtual Jackson Hole meeting last week and the comments from Chairman Powell were well received. Powell reiterated the position that inflationary pressures are transitory, as they are limited to sectors most affected by the pandemic. He also commented that the longer-term pattern of low inflation due to technological advancement, demographics, globalization, and the “…commitment of central banks to maintain price stability”, is likely to resume.

It is now expected that the Fed will begin tapering its bond buying activities by year end, but that actual rate hikes will be on hold for quite some time. The market interpreted Powell’s comments to mean that inflation will be allowed to run a bit hot, and thus, inflation sensitive sectors, e.g., energy, materials, mining, as well as small caps in general (as measured by the Russell 2000 Index), ended the week on a strong note.

With the beginning of September comes the return to the classroom for most school age children and the end of Federal emergency unemployment benefits of an extra $300 per week for roughly 11 million people[1]. Both events are expected to attenuate the jobless situation, which companies of all sizes, but especially smaller, service-based firms eagerly welcome. There are still about 6 million fewer people employed today compared to February of 2020, according to the U.S. Bureau of Labor Statistics, so getting those people back to work is a priority to keep the economy humming.

With the easy earnings comparisons now behind us, fund managers are becoming much less optimistic about earnings growth from here (in stark contrast to sell side analysts), which is reasonable given the expected deceleration of top line growth and increasing pressures on margins. 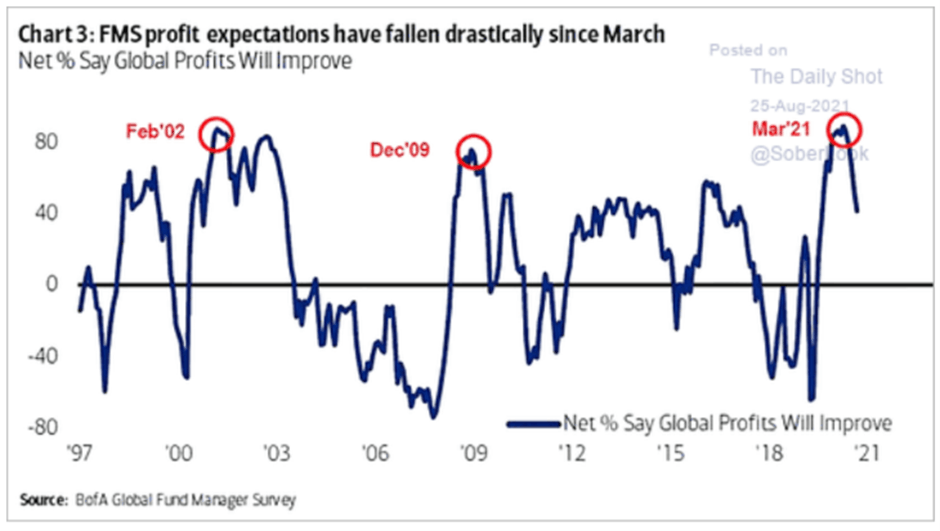 Investors wooed by the red-hot SPAC (Special Purchase Acquistion Company) market may be experiencing buyer’s remorse, according to recent research from JP Morgan. SPACs have been great for sponsors, the investment banks who help create and sell them, and for arbitrageurs, but not so much for actual shareholders. Shocking, I know.

Investor enthusiasm for this market, as well as fear of the short-squeeze-happy reddit mobs, has kept short sellers on the sidelines, matching the early 2000 low…and a hush falls over the crowd. 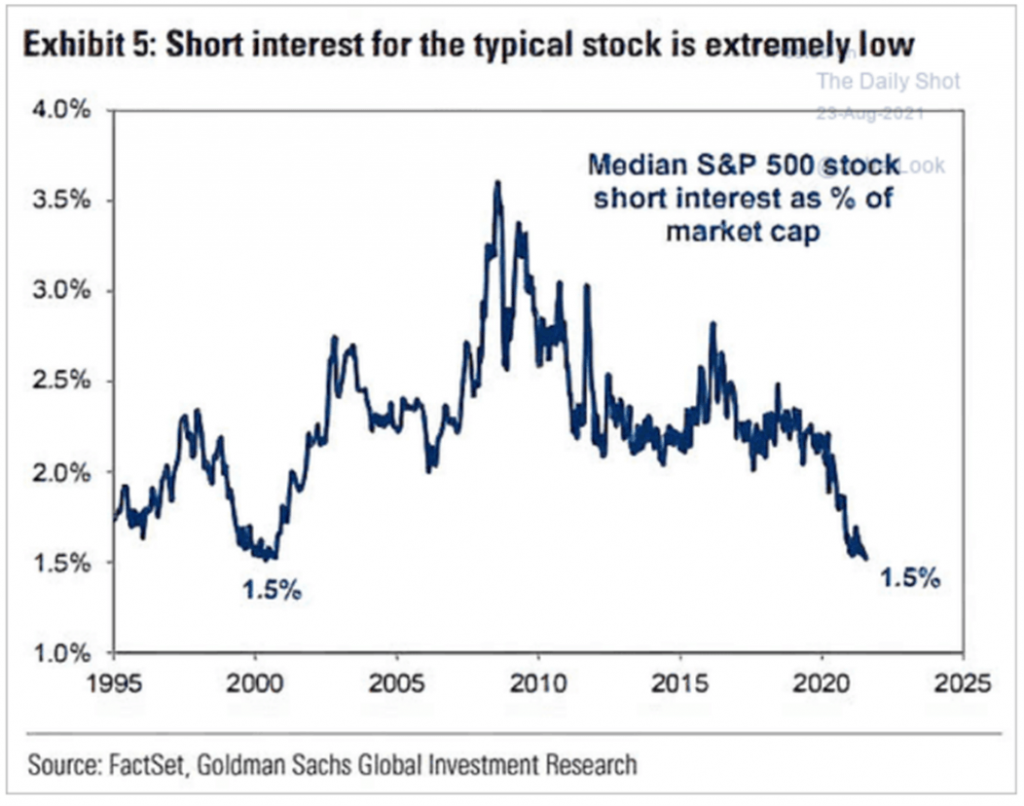 Corporate America, realizing a good deal when they see it, has been issuing new equity at a record pace on a trailing twelve-month basis. Give the people what they want, right? 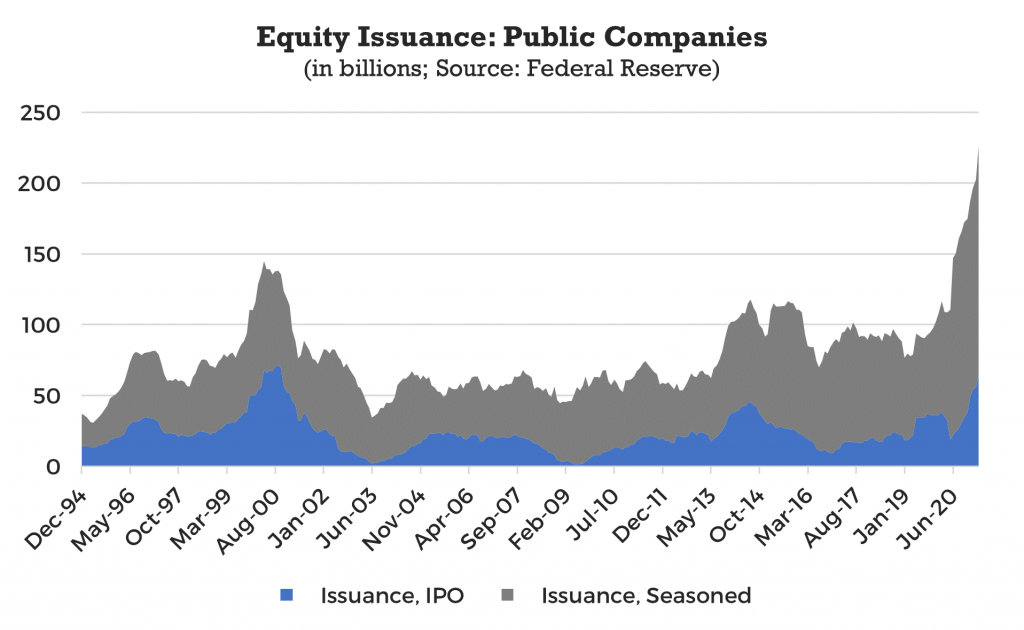 And lastly, in what is a truly sad statement on the complete collapse of Venezuela, the country with the largest proven oil reserves in the world can’t produce any oil. 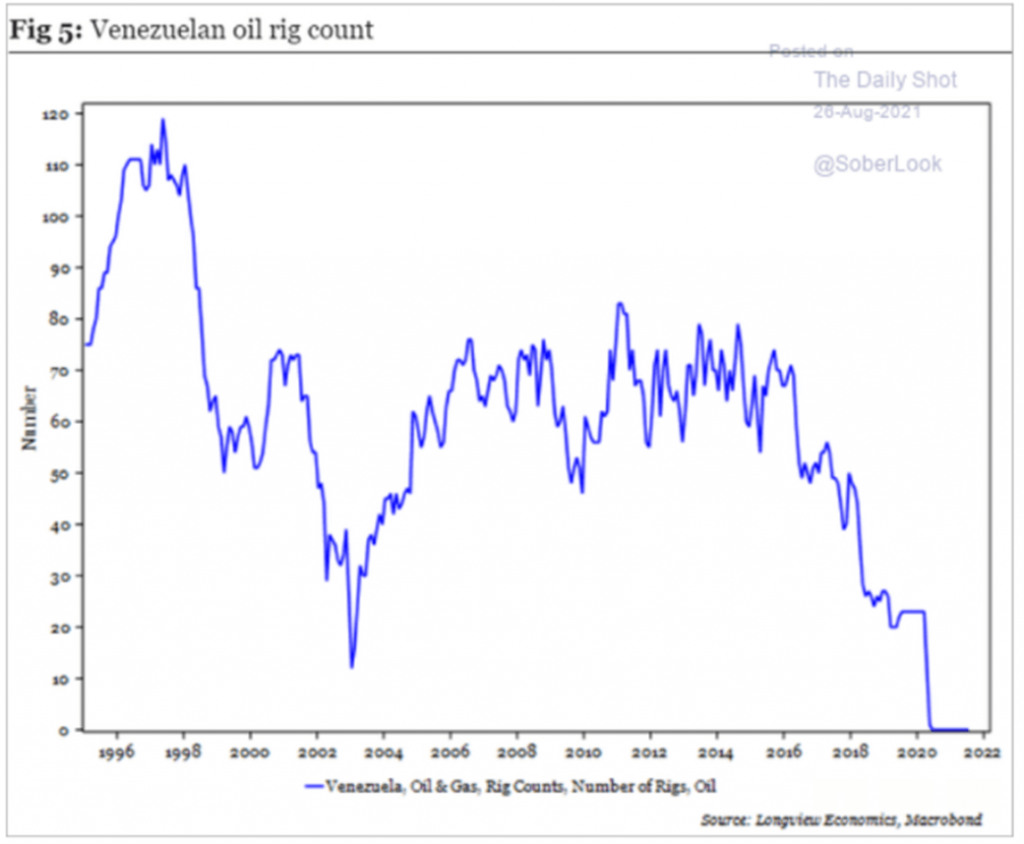 [1] Cnet.com, “Could pandemic unemployment benefits be reinstated after Labor Day? What we know”, August 31, 2021

Is a TAMP Right for Me?

EP 15: This is not your grandfather’s growth vs. value debate. (Guest: Brad Neuman, CFA, Director of Market Strategy, Alger)